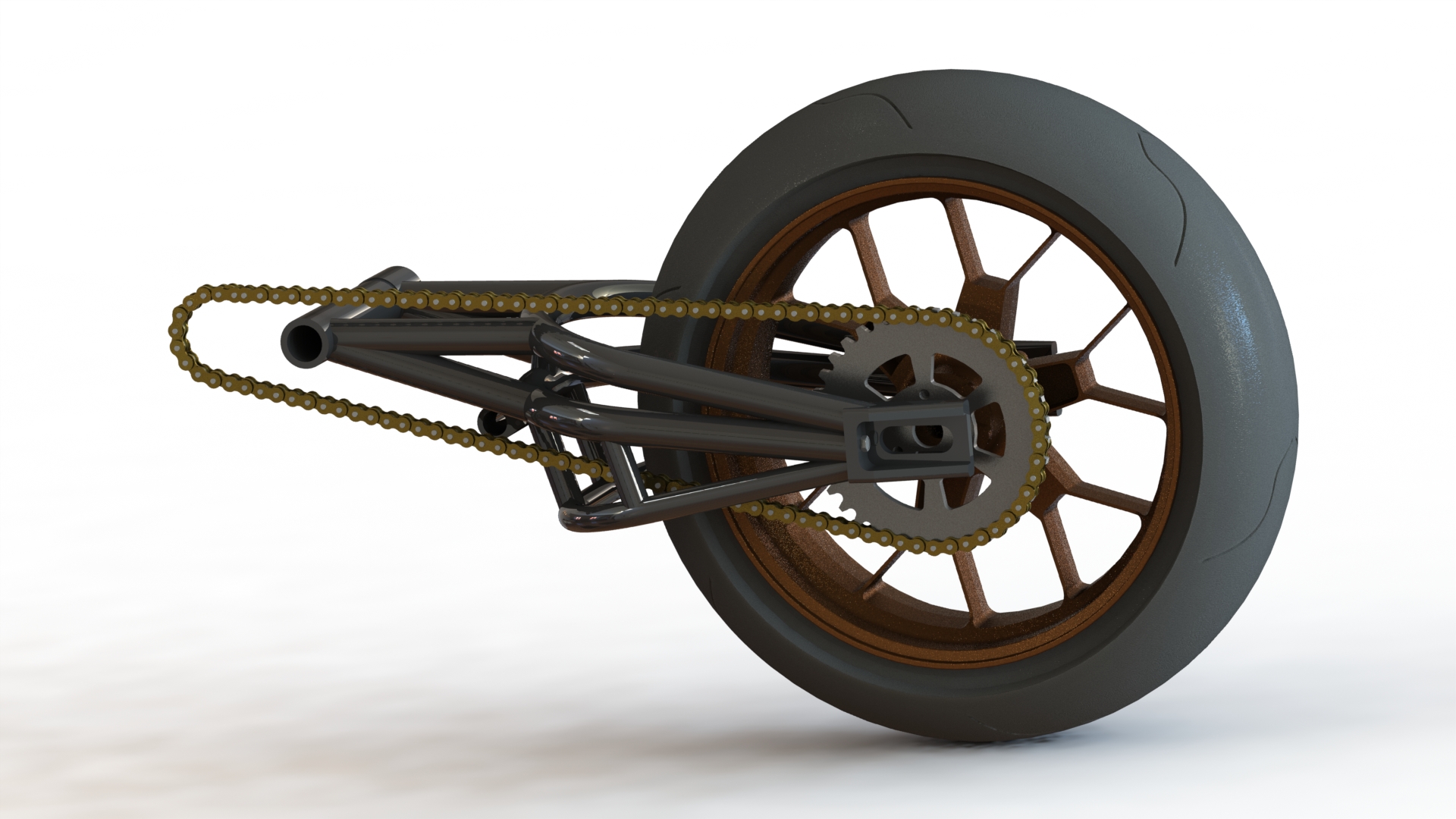 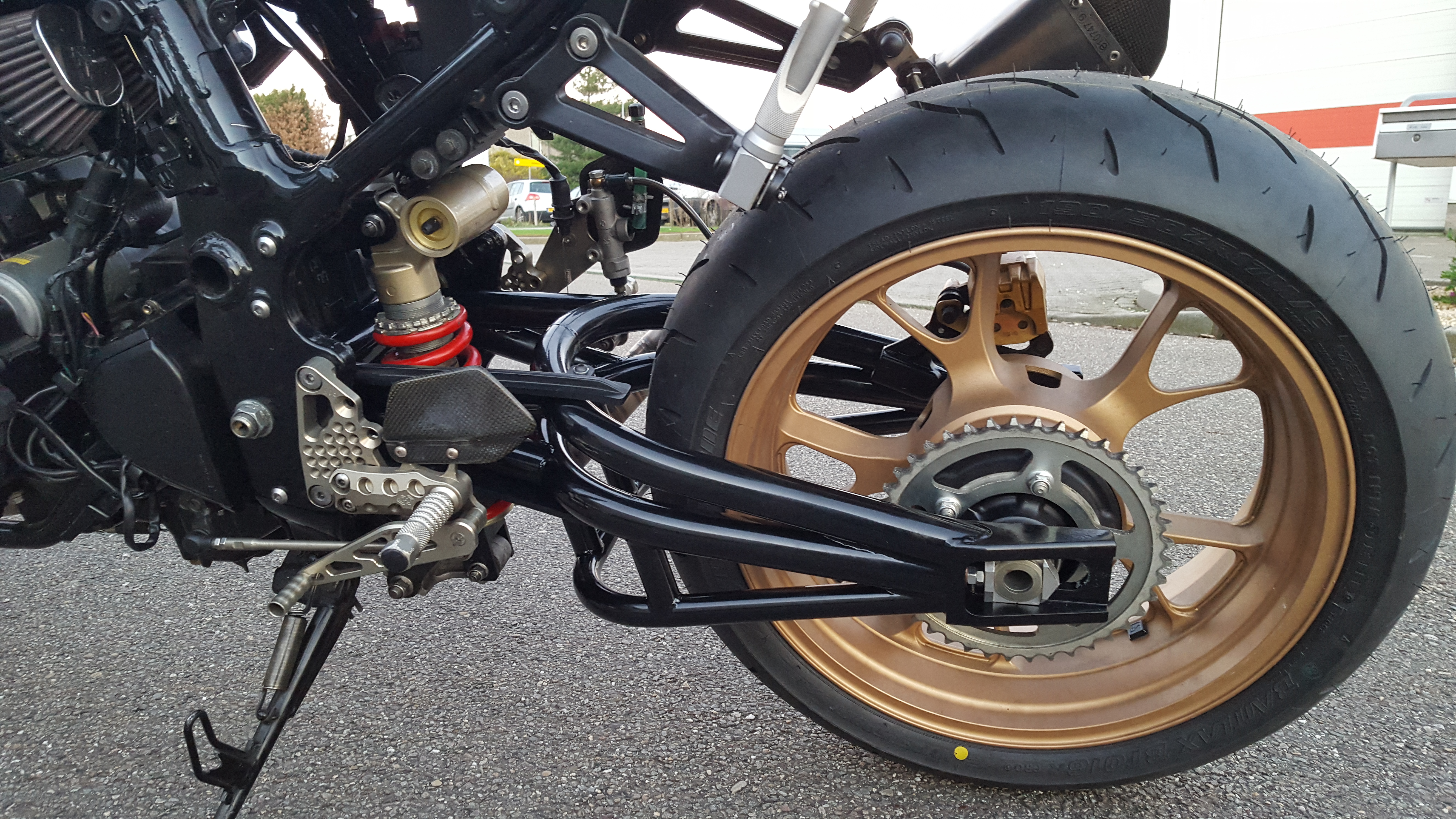 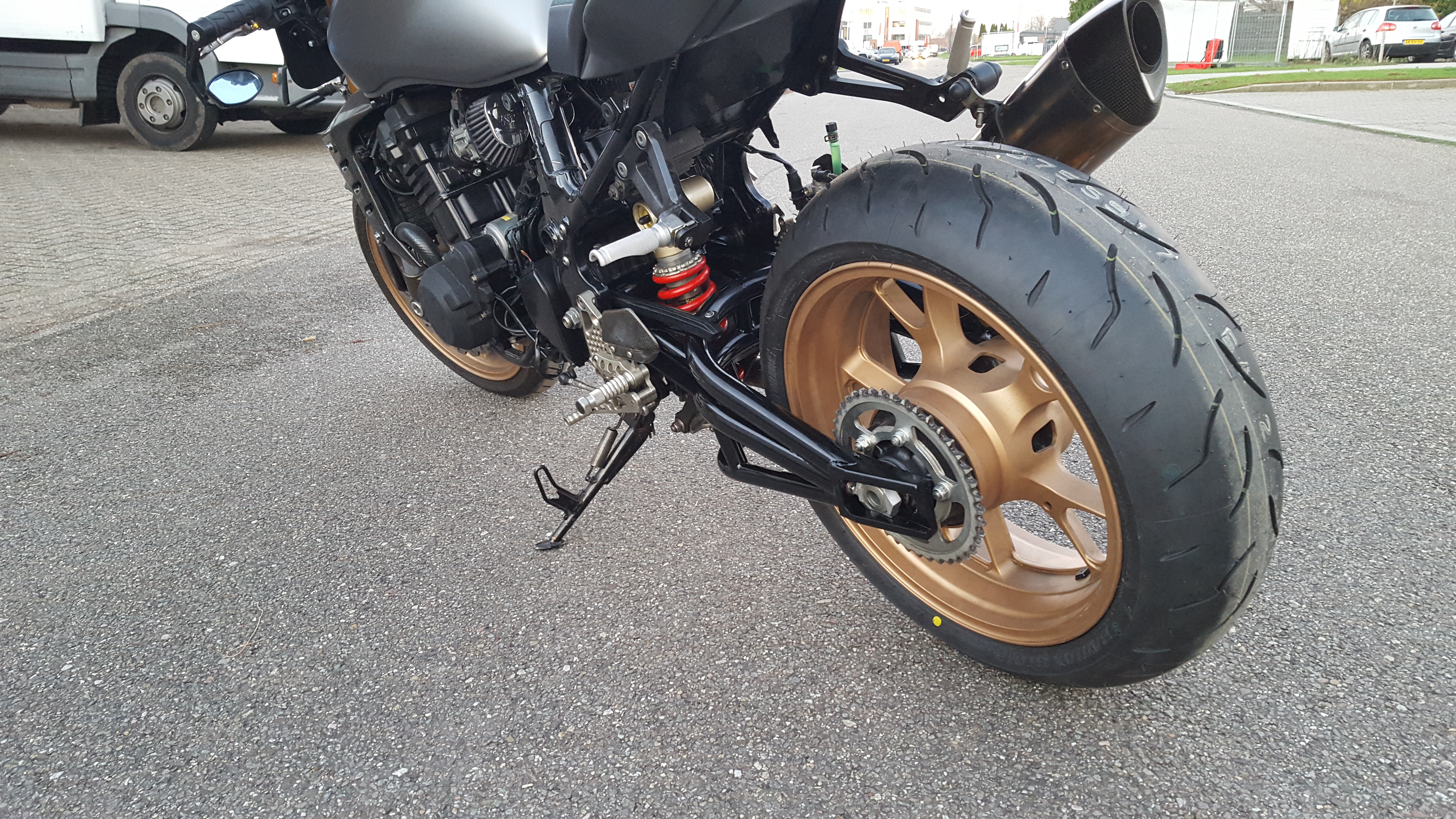 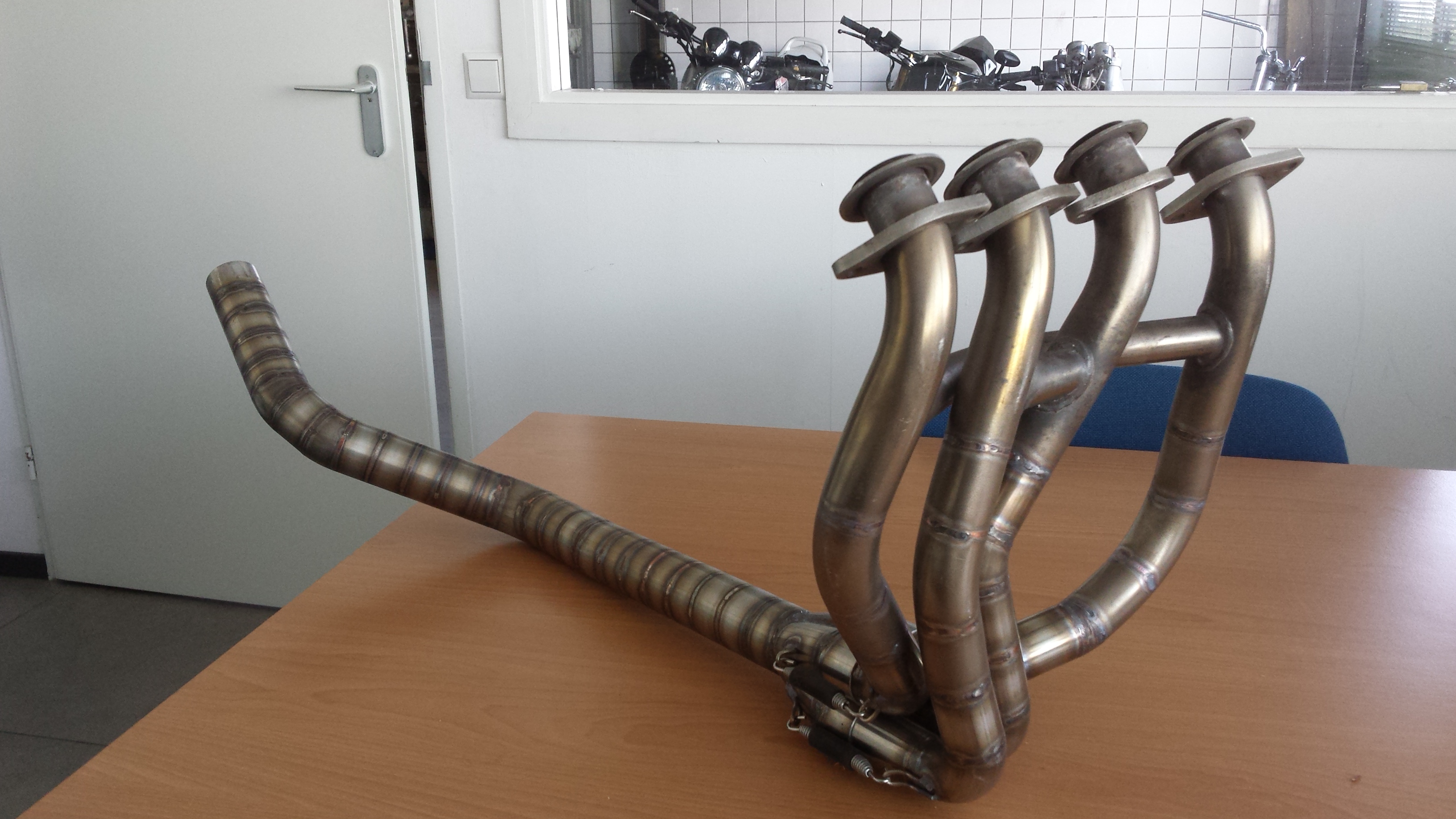 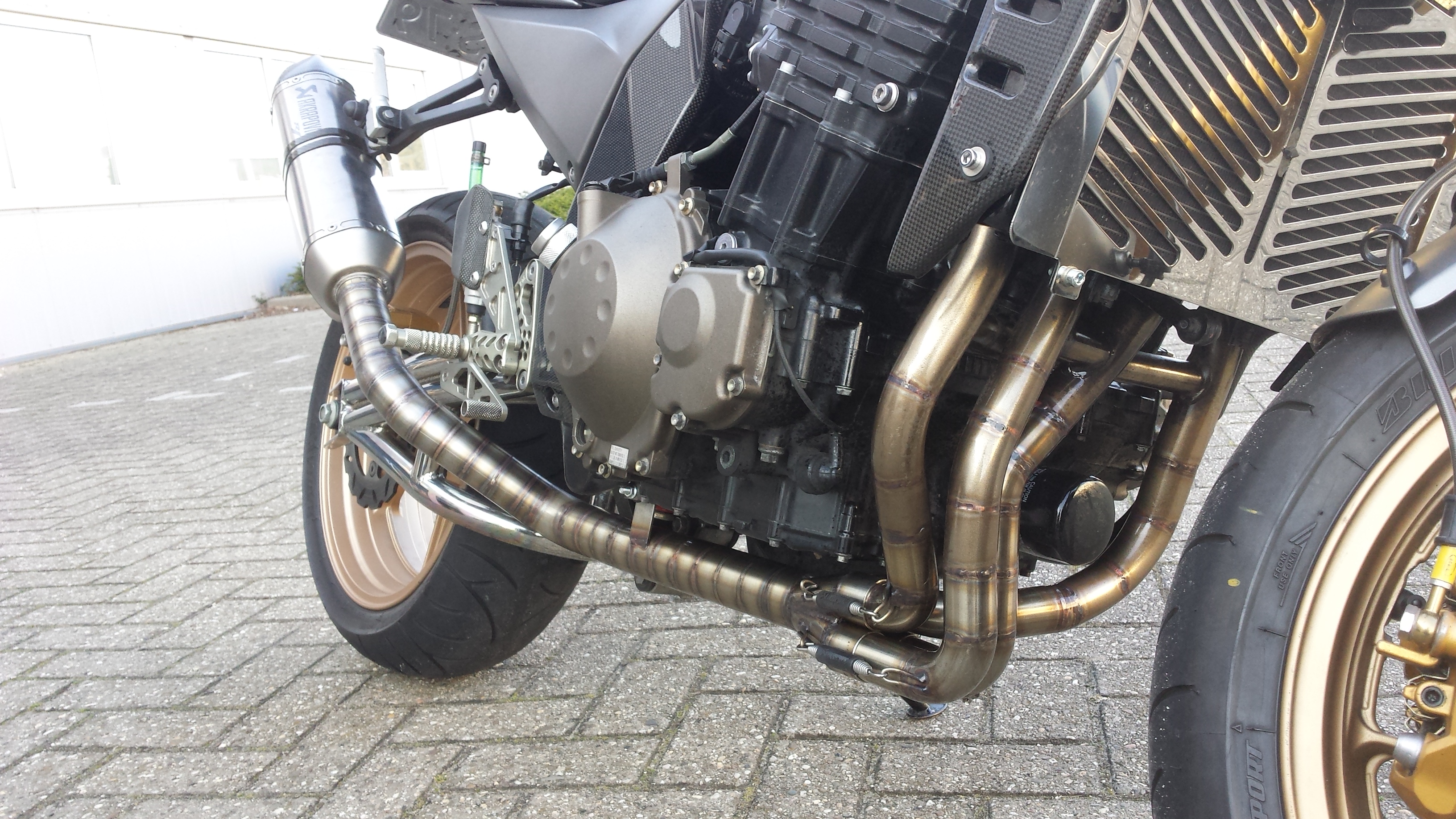 This project was carried out in two stages. Step one was building a new exhaust system, step two was building a new swing arm. This bike already had a custom swing arm, but it messed up the original geometry. The rear of the bike was lifted too much which changed the castor angle, and therefore became really nervous. By changing the ride hide on the back and lengthening the new swing arm with 4 cm, the handling improved dramatically. Dropping the rear also meant relieve of pressure on the wrists which improved riding pleasure. 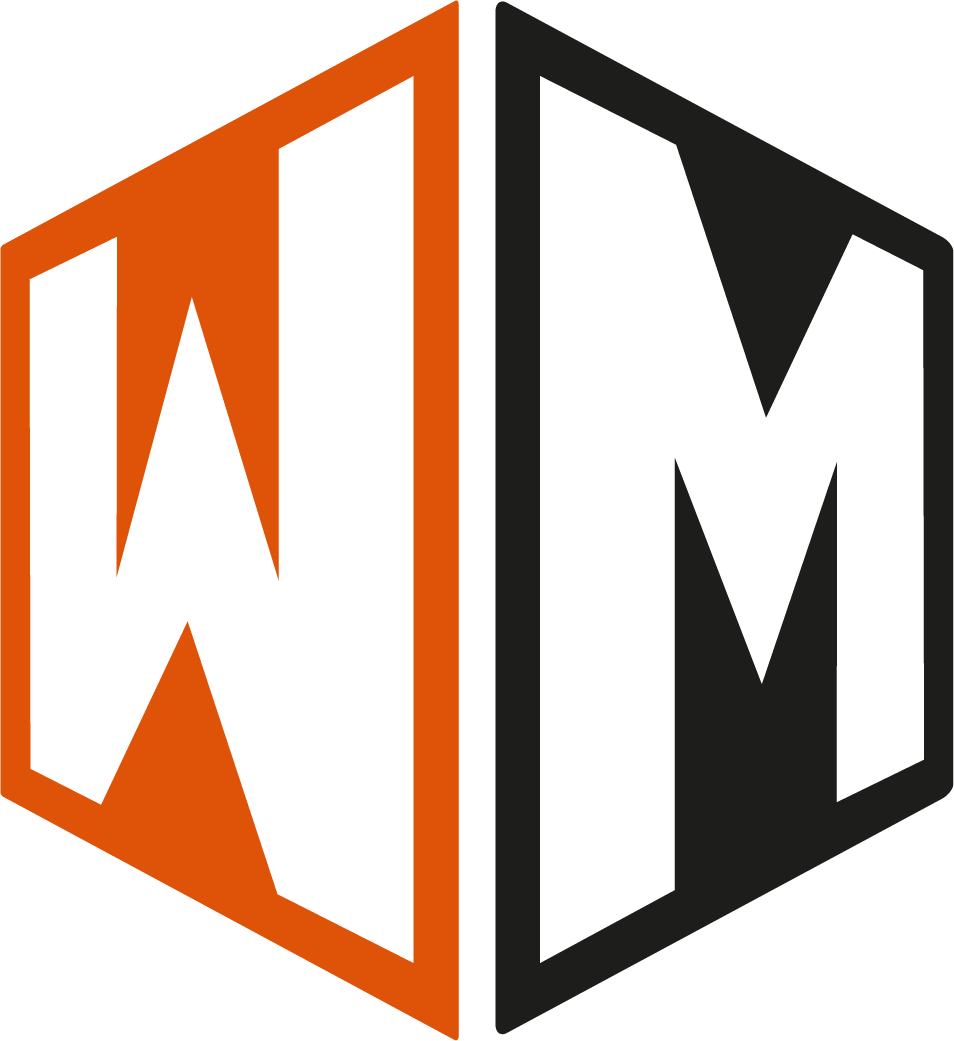 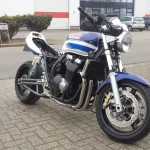 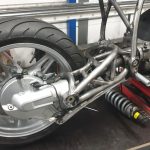